A Leg to Stand On: Prosthetics, Art and Robots @ UoB Arts and Science Festival

Given the title of the event, you could be forgiven for thinking how on earth could all these separate entities be tied together into one coherent, in-depth discussion on social acceptance and norms of human identity. But after an hour of detailed debate even I was beginning to see a link between each of these themes. 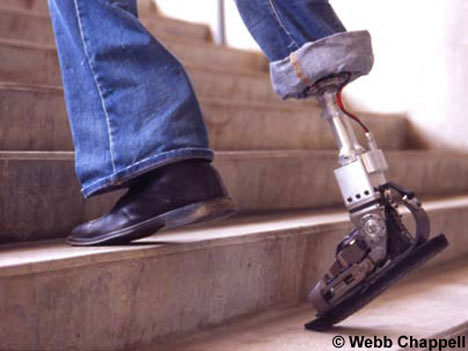 As one of the first events I would be attending of the week-long University of Birmingham Arts & Science Festival, I was a bit anxious as to what was to come from two of the institution’s lecturers, Dr Camilla Smith and Dr Nick Hawes. Initially it felt like a standard course lecture, given the layout in a teaching room of the Learning Centre. The way in which it was delivered, with a series of power-point slides, did not help this first impression either. However, it was the conversational manner in which it was given that made me deeply intrigued by the content of the talk. This certainly was no algebra or physics lesson.

The talk itself was separated into three main chunks; art and identity, robots and how they have become more human-like and the final piece, prosthetic limbs and how robotics and art have defined how we socially accept prosthetics. The history of art and this theme of self-identity proved to be an interesting segment but it was the discussion on robots I  could not help being absolutely mesmerised by. From the simple industrial models to the delicate, moving mannequins imitating humans was a thrilling, yet chilling, experience. A YouTube search for ‘uncanny valley’ will give you a fair idea of the sensation they incited within the audience. It was also a much welcome light-hearted break from the prior art masterclass that may have been a bit too heavy for such an occasion. 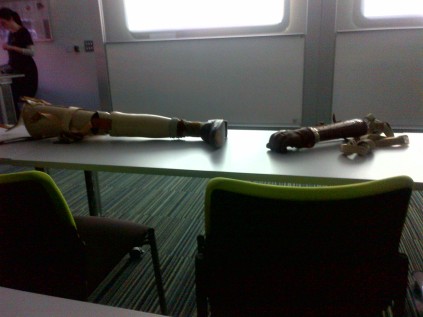 Two actual prosthetic limbs were presented for the discussion; I can’t help but feel they were slightly neglected and perhaps more emphasis should have been placed on audience engagement with such contraptions. This might have been down to time constraints, however, as the event did overrun slightly. Overall, it was an enjoyable hour that left me asking, why do we accept Paralympian athletes with visible prosthetics but make it necessary for ordinary patients with missing limbs to perhaps feel obliged to cover up?