In Birmingham, the second biggest city in the UK, defining the concept of ‘the city’ is understandably relevant. It is little wonder, therefore, that the Barber Institute has interpreted it also. The institute has been called ‘a haven of tranquility in a bustling metropolis’; procuring the status as a perfect island in which literary fans can gather and act the flâneur; observing the city through the eyes and mouths of storytellers. 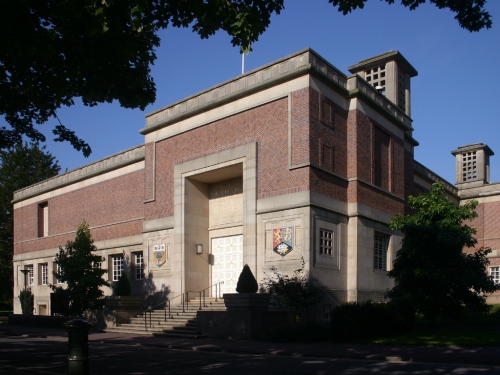 ‘Art and Writing: The City’ was presented on Thursday 11th October by Andrew Killeen, the resident writer at the Barber Institute; guiding listeners through the ‘concrete jungle’. This main event, he explained, was preceded by a series of creative writing workshops that aimed to provoke ideas about cities and our relationship to them. Yet, he emphasised writers did not simply sit in front of art and write. They met and discussed themes together, later reconvening to share and critique each other’s work. The finished products were then brought to the final workshop. Killeen was pleased to note that the experience had been ‘inspiring’, and that works had been chosen this evening to demonstrate the ‘breadth of ideas’ throughout the project.
Certainly, the stories brought some interesting interpretations to the fore. Cities were popularly situated alongside the countryside; most storytellers portrayed the country as backwards and boring, a ‘void’ where ‘a computer [became] a rare gift’. This rendered ‘the city’ a glamorous finale to a journey of escapism. This notion, however, was often dispelled by portrayals of multiple cities. 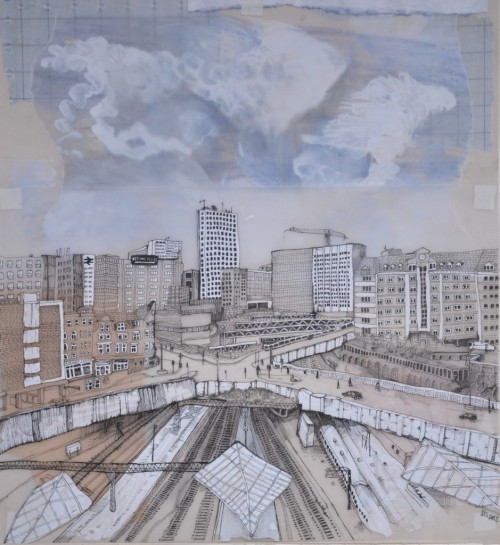 Jenefer Heap’s modern London was ‘rendered sterile from a safe distance’ for tourists. She superimposed this image upon a city so that the character of ‘Lu’ could walk with her younger self ‘Lulu’, confronting distasteful elements of her past.  Aaron Jackson portrayed a dark and bloody underworld to his initially attractive Tokyo and poet Jessica Holloway Swift held Oxford up against London, stating that ‘Oxford was the city of the king, London the city of the usurper.’
Set in the aftermath of the Civil War, Swift’s London smog was innovatively replaced with the presence of Puritans that apparently ‘polluted the soul’. In each, the ‘seductive’ city became sordid, the ‘nonchalant’ city became ‘violent’ and the ‘instinctively chic’ city became morally ambiguous. Death also permanently pervaded its horizon like ‘a weight of bloodied metal’. The word ‘survival’ echoed throughout; it seems that the workshops had stimulated an urban anxiety.
This was especially evident in Killeen’s short story, Hardcore, where a country dweller’s attempts to remove a traveller’s family from his local ‘green belt’ made evident fears about the spread of suburbia. Killeen claimed in his introduction that the city has ‘burst out of the walls’ that once defined it; rural/urban boundaries are being swallowed by a suburban landscape. Killeen asked, ‘How do we know who to include and exclude?’ His protagonist certainly does not want to include travellers, whom he sees as destroying his ‘way of life’. The implication, however, is that his bigoted views are influenced by his fear that ‘Eventually our green and pleasant land will become one big ugly dirty city’; his enemies are developing and changing a field into an (albeit basic) built-up area.
Combatting this aesthetic of unease were the readings that punctuated the workshop’s storytellers. Lecturers from the university brought a fresh and positive attitude to the project; a love for the city, that has been explored by English writers in times past. We heard the hustle and bustle of Virginia Woolf’s London that leads Mrs Dalloway to proclaim that this ‘was what she loved; life; London; this moment in June.’ Hugh Adlington performed a more serene London in William Wordsworth’s Composed Upon Westminster Bridge where ‘the very houses seem asleep/And all that mighty heart is lying still’. This poem seemed particularly appropriate as Wordsworth’s stolen moment of ‘calm, in the midst of Mrs Dalloway’s London, mirrored that of the audience’s in the Barber Institute’s intimate lecture theatre.
In the course of the evening, it became clear that the city has many faces, and that art has the capacity to capture each of them, including the people living within them. The relationship between urbanites and the metropolis is a complex one, and Killeen’s project displayed urban love and hate in a wonderfully widespread and indeed inspiring fashion.

Student Nightlife: A Club Too Far? 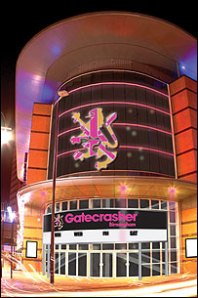 Coming from a small city in West Sussex, my experience of clubbing has been limited. Nonetheless, coming to Birmingham was an eye-opening experience. If you are a student in Birmingham, there is a strong chance you have, either willingly or inadvertently visited Broad Street. It is a place where clubs fester and decisions are made on impulse, whether it’s to take a solo and expensive taxi ride home due to aching feet and a desire for sleep, or to make a drunken food purchase and consume chips in a manner that erases all traces of dignity.

Birmingham’s size as a city and its many universities mean that, there are a large variety of places to visit at night-time, ranging from the sleek and expensive to the grungy and grimy – all offering a different clubbing experience. The club  Risa holds a weekly ‘student night’ which is unsurprisingly invaded with students on a night-out. It’s cheap, cheesy fun and impossible to avoid bumping into someone you know. With multiple different rooms, fun-lovers can embrace the ‘rewind room’ which plays a constant loop of songs that wouldn’t be out of place at a wedding disco, all whilst its inhabitants dance on a light-up floor, a prospect that sounds dodgy, but surprisingly is complete, unabashed

Beyond Broad Street clubs do seem to appear more alternative; Birmingham offers up The Jam House, a club endorsed by Jools Holland himself, which has live music and a dress code that ensures a level of smart, classic fun. The Jam House also hosts the event Itchy Feet which is popular with both students and members of the public, due to its nostalgic nature. There are also smaller pubs worth a visit for a different kind of evening; The Victoria offers an intimate atmosphere, with reasonably priced cocktails, live comedy and themed nights.

Club culture is undoubtedly dominant in Birmingham and their large variety of clubs on offer means that there is arguably something for everyone. As a large proportion of them actively cater towards students, it’s unsurprising that this form of socialising is so popular with undergraduates. Bliss holds the weekly student night ‘Stupid Tuesdays’ and other, smaller clubs also embrace the student customer. Snobs, a decidedly indie club, offers NUS card-holders di 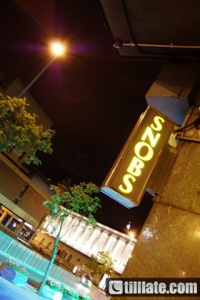 scount on a Wednesday. As a student, therefore, going out during the week is oddly justifiable, due to the reduced prices and social aspect. This leaves Saturdays and Sundays as no longer days of play and rest, but those of reading and writing. If, of course, a student can balance this odd lifestyle then the backwards week can work out alright. However, when the opportunity to go out and dance is endless, there is the temptation to revisit the same places repeatedly, out of habit and desire for a cheaper night, leading to a lack of new experiences in the city. I find that when friends ask me what I think of Birmingham, I find myself with only an insight on the best clubs and the cheapest drinks. This has happened, because ‘going out’ is favoured by so many and lauded as the most ‘social’ aspect of university life. It can be argued, however, that going out can be oddly anti-social. There is the impossibility of having a conversation within a club (most consist of ‘WHAT?’ being asked repeatedly) and there is the difficulty of navigation within larger venues. Gatecrasher, for example, should hand out maps as trying to find a friend once inside is like navigating a maze or a labyrinth. Finally reaching said friend with a feeling of achievement is only dampened when they announce they want to leave and you realise you have spent most of the evening ‘finding people’.

e week, which whilst is undoubtedly enjoyable, leaves a sad absence of more alternative nights. Clubbing is argued as a perfect way to unwind; however, when a worthy day of work hasn’t been achieved and the decision to go out overrules notions of study, it can be an unfulfilling experience.

Does clubbing encourage hedonism? Papers like the Daily Mail frequently report on pictures of students passed out on pavements, screaming anxieties of ‘Broken Britain’ and how students simply drink their loan away. There is a definite culture of drinking at any university, however, this element of student life is undoubtedly overblown, a stereotype enjoyed and perpetuated by the media to damn and critique society on a broader level. It can be argued, that the true nature of clubbing can only be judged when it is considered as to why a clubber drinks and goes out. Students may drink to forget, or to numb or ease feelings of stress, self-loathing or insecurity – like the media suggests.

However, there are other reasons why the culture of clubbing is so dominant within university life. Speaking to a friend, I was helped to realise my true feelings upon the subject as she explained what clubbing is to her: ‘Birmingham has so many clubs, so it’s hard to avoid going out, but I go clubbing because it’s fun. It’s excusable whilst I am young and as long as I am a student, I’m going to go out. It’s the perfect time to do so.’ Whilst I agree that Birmingham’s club culture should be enjoyed, it’s important to remember that there is life outside of Broad Street and it should be explored in order to fully experience Birmingham.