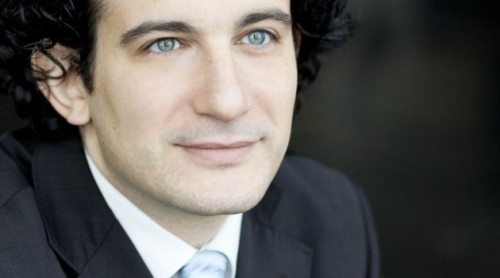 The CBSO have produced a hugely energetic and charismatic performance of romantic and impressionist French music under conductor Alain Altinoglu.  Opening with Bizet’s Carmen Suite No. 2, the well known melodies of the seductive ‘Hanbera’ and the dramatic ‘Danse Boheme’ were performed with tremendous energy and precision whilst the work as a whole explored fully the dramatic intentions of the composer.  The trumpet performance in the equally popular ‘Chanson du Toreador’ was notably impressive!

The concert featured a solo performance from soprano Nora Gubisch in Ravel’s Shéhérazade.  Gubisch’s voice sat delicately on top of the complex underlying harmonies in the quiet passages of the first movement and changed character entirely when the movement underwent sudden changes of mood, demonstrating the soprano’s remarkable versatility and musicality which continued throughout the work.  The string section was also impressive in its detail and control with moments of shimmering sound.

Bizet’s Symphony in C, written when the composer was just seventeen, is a hugely accomplished work for someone so young and was performed with a youthful energy reflecting this. However, it was always at a tempo which allowed for the subtlest moments of expression to be enjoyed fully, particularly in the first movement, preventing the rapid string passages in the fourth movement from being rushed whilst maintaining a joyful momentum.  The second movement saw a terrific oboe performance and a very enjoyable fugal section with clear lines and bright, engaging, entries.  As a whole, the work was performed with a real sense of joy and an endearing light-heartedness that was reciprocated in the faces of audience members.

Closing the concert was a performance of Ravel’s celebrated Boléro.  Having never seen the work performed live before, it quickly became apparent that no recording will ever capture the genius of this piece.  With each successive solo bringing its own character not only in timbre, but also in nature of expression, above the hypnotic snare drum ostinato, an antiphonal effect is created (as well as visual intrigue) that is not captured by recording equipment. Altinoglu’s directions and subtlest intimations were followed precisely by the orchestra, maintaining musical interest throughout, culminating in an explosive finish leaving the hall ringing with sound.

A hugely enjoyable performance from the CBSO and what’s more; they clearly enjoyed it too!